The Hunter’s Ball Project was created in a long and narrow passageway. The passageway ran beneath the main living quarters of a house perched on the side of a large hill, overlooking Brisbane, the capital city of Queensland, Australia. It was a dark and narrow space, but important nonetheless, to create a striking sense of luxurious splendor, utilizing the subject of an old English tradition. Note, this project was created under contract to ArtNow Studios. 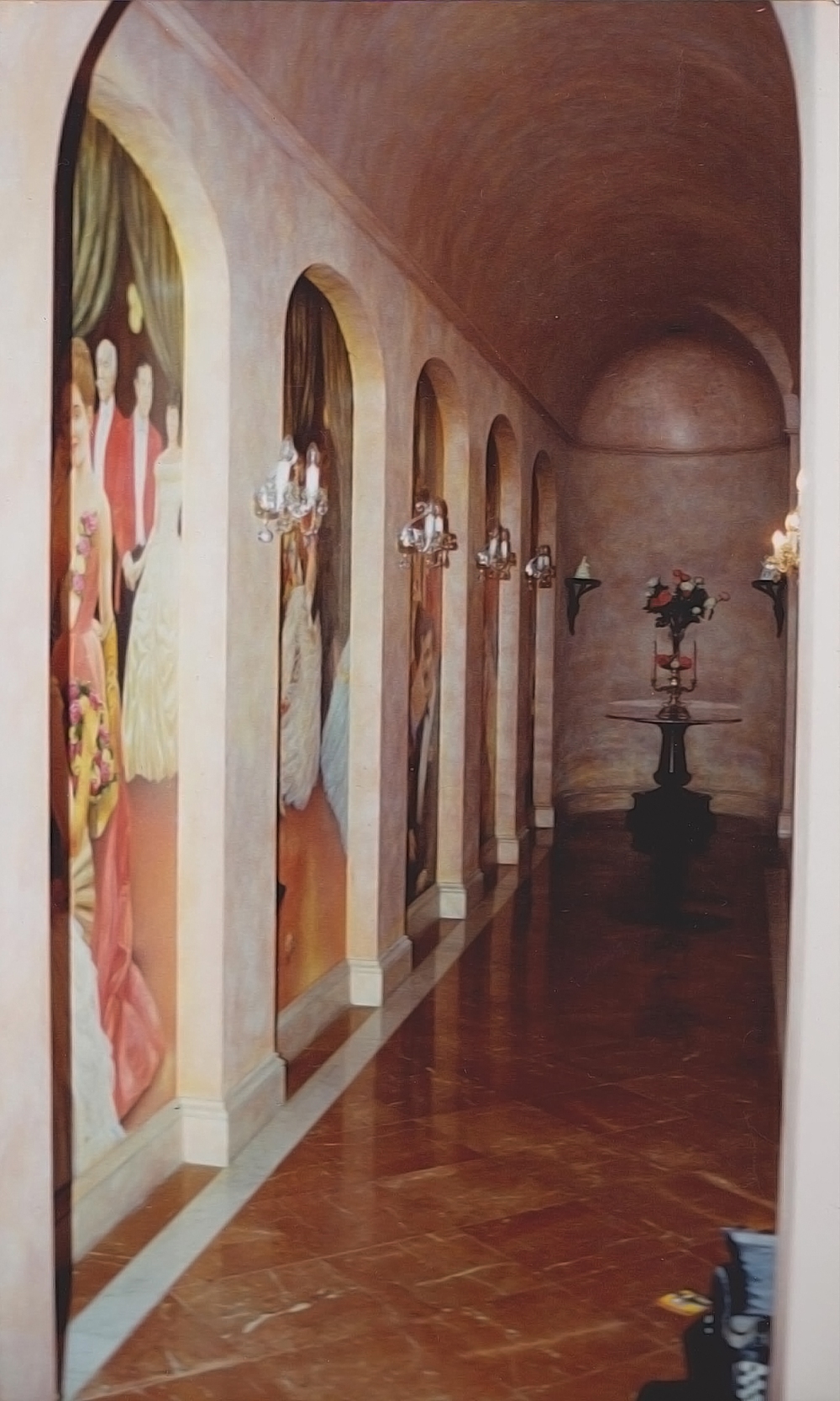 A large mural created in oil paint adorns the subterranean hallway of this distinguished Brisbane residence.

Difficult to photograph at any angle, this image shows the mural ‘The Hunter’s Ball’ leading to the lower entryway to the property.

Inspired from late 19th century scenes, the mural stands larger than life at over 7 metres long and 2 metres high. 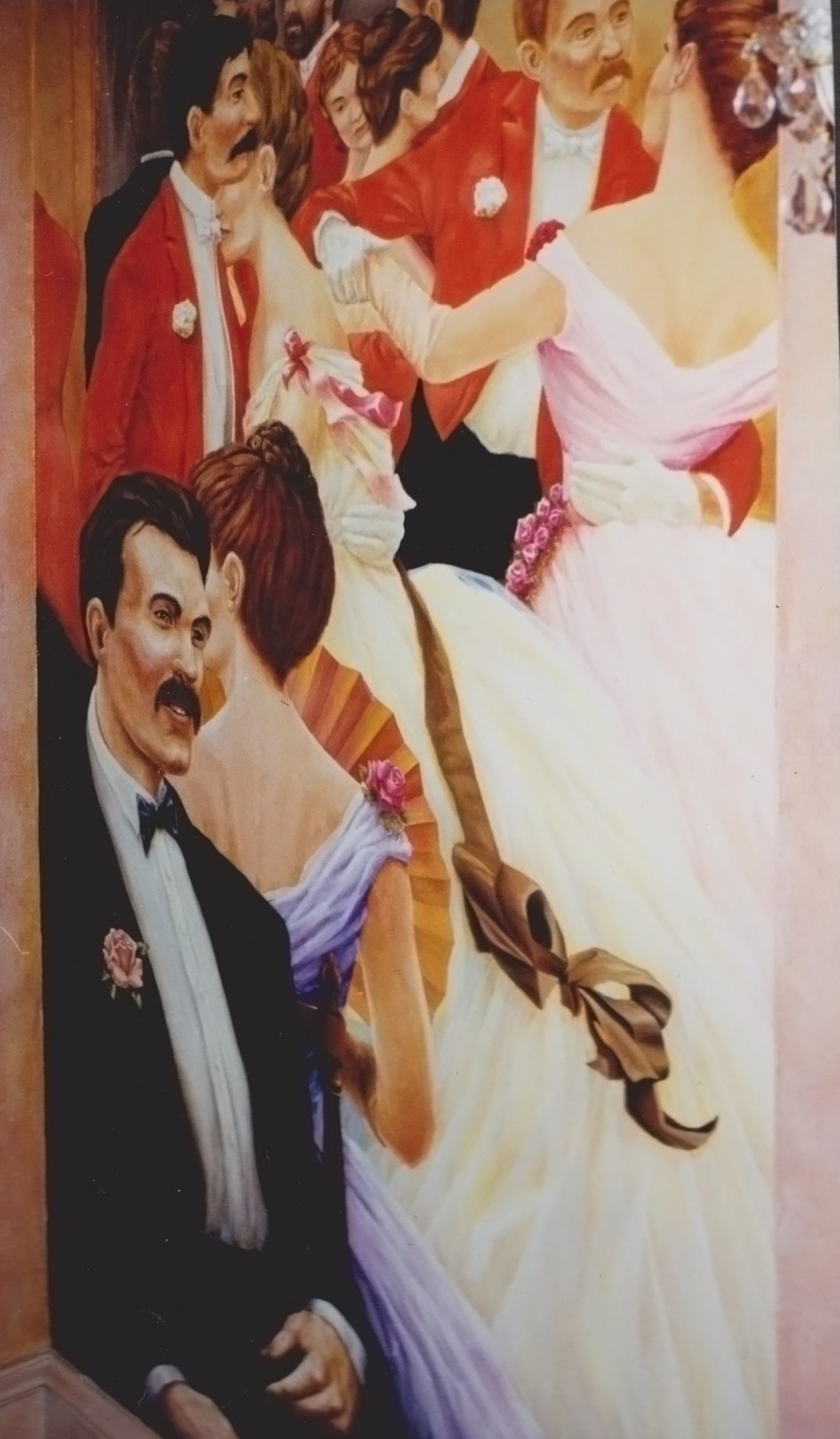 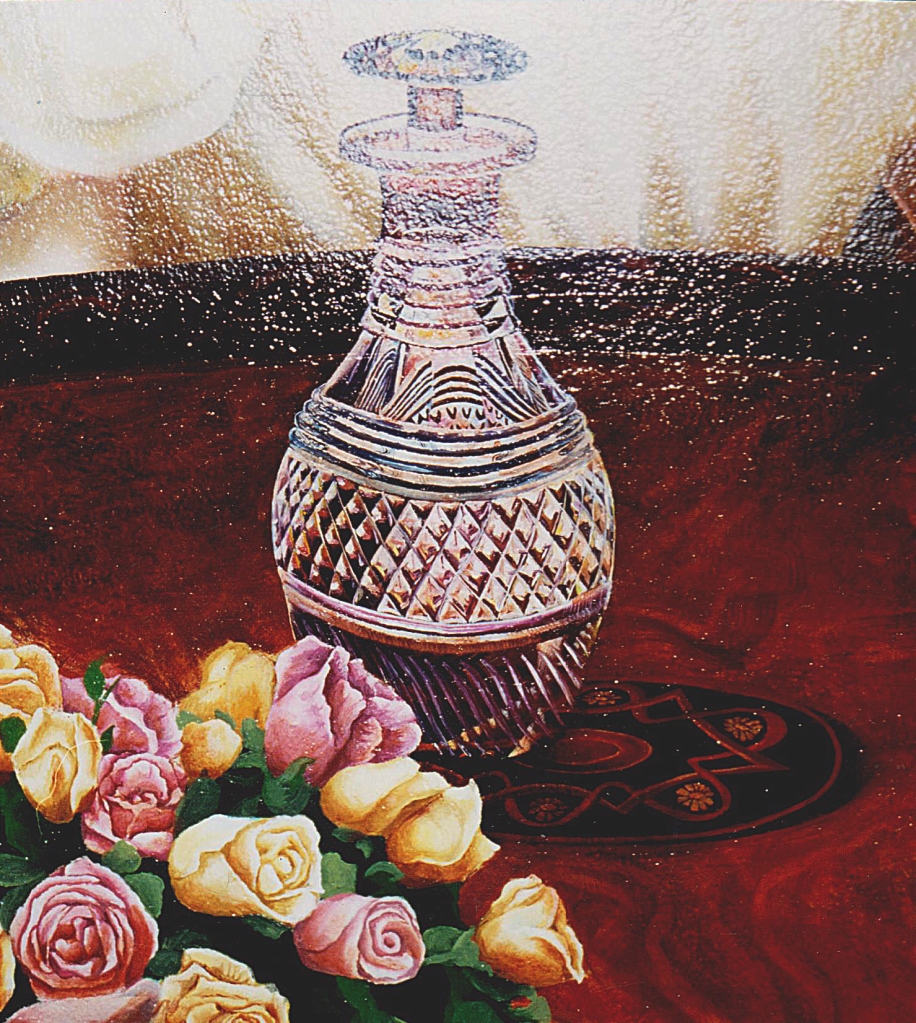 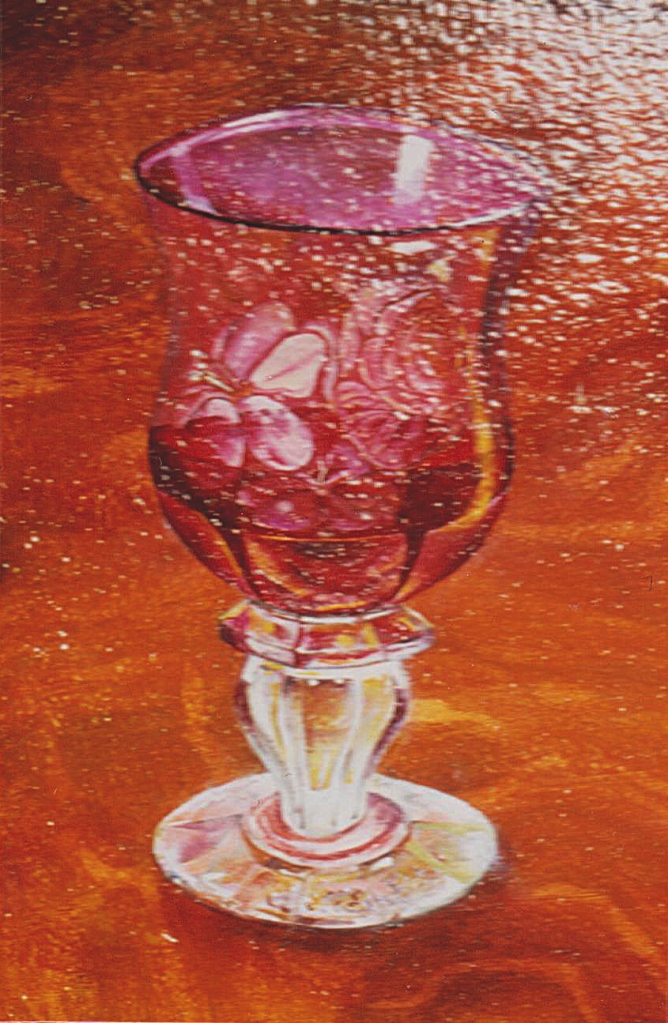